RELATIONSHIP BETWEEN EU AND GEORGIA 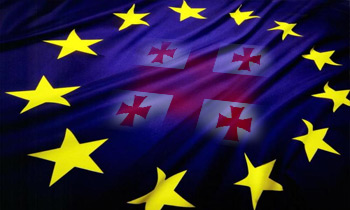 TOPIC: RELATIONSHIP BETWEEN EU AND GEORGIA

Georgia and its historical examples of involvement in European family

Georgia is one of the most beautiful countries in south Caucasus, which has reach history and tradition. It is bordered by Turkey, Armenia, Azerbaijan and Russia.

Georgia has always been interesting area for Europeans. In VI century   B.C. The kingdom of Kolkheti was created in Black sea region, this one was very strong and attractive ally for old Greek Tribes. They tried to established their colony in our lend. They needed our region for their economy development. It wasn’t difficult to make business actions because the kingdom of Kolkha cut coins, and was like a “little republic”. They established those towns in black sea region: Pitiunte (Bichvnita), Dioskuria (Sokhumi) , Gienosi(Ochamchire), Fazisi( Foti), and Kobuleti

My country was always interested in European integration. It’s proved that, our relationship with Europe started in the 4 th century , when Famous king of IBERIA MirianII  invited  orthodoxy  priests from Rome to  christen in Mtskheta  This idea was also supported by ST Nino, who had a huge influence in Marian’s decision.

At First they send requirement to Constantine the great, to send orthodoxy priests for them. It was clear, that this one agree King’s decision and sent famous orthodoxy priest in Mtsketa (formal center of Kartli’s kingdom)

Mention should be made that in 12 Th century David the builder, Support our involvement in Europe. This step was successful implemented, when David required European Crusades, participating in worn which processed against Selchuki in 1121.  During this period Georgia was very large, with its borders.

Nowadays, we had a serious problem with Russia regarding our borders. It is clear that after 1991 he bounded Abkhazia and after South Ossia.  Despite of this situation, every international serious organization acclaimed our sovereign included our conflict regions.

According my view, we really had serious achievement of European integration. Those steps implemented very successful in old centuries. Those thinks always provided that, Georgia is a part of European civilization. But I also think that, we had more Asian culture than European.

Beginning and processing of EU-Georgia relationship

In 1994, all three states of the Caucasus begin negotiating Partnership Corporation Agreement, which have since been signed and endorsed. Relationship between EU and our country established in 1992, when my country became an independent state. In this period partnership agreement was successfully negotiated between us.

I think that EU was really interested implementation fair reforms in South Caucasus including Georgia. When we became an independent state from Soviet-Union our involvement became huge. Of courses we did our best to join European family. I reckon, that this step was successful appreciated by this intergovernmental organization

Since rose revolution, many interesting projects has been implementing in Georgia. These steps provide democratic stability in this state. Those one were really implementing projects toward Georgia. I really appreciate, that  the movement plan of Georgia involved in EU neighbor policy in 2004.

In 2003 EU provide its representative in Georgia; it was compulsory to take part in all new projects implementation.

This action proved that EU is a second international donor after U.S.A In 2004 Georgia received 420 million financial support from (TACIS, ECHO, EIDHR[1]).  Mention should be made, that before August war 2008, EU-Commission provided safety reforms in conflict regions. Unfortunately, this one isn’t processed now.

I want to mention, that EU-Commission, in 2008 held international conference in Tbilisi. The aim was additional financial support for Georgia. After these conclusions we gave 650 euro from EU.

EU opinion polls carried out in Georgia. During the fifth presidential elections (January 2008), Ask the population view of Georgia’s integration in NATO and EU. According to result, much people support idea of joining European Union and NATO. This means, that we really want EU and NATO for stability and economic development in Georgia.

I think that we really deserved it. Every international expert knows, what really happened in 2008. This was a period, when Russia carried on occupation policy in some parts of Georgia. During this period, we really needed finical instrument from our friend community. Much people died and much more people became homesick in own country. In addition EU role was really huge during this period. More facts are available at the end of this topic section.

Nowadays there are some differences between public and governmental view on European policies. In General, public opinion is very pro-European. They want peaceful situation and economic development in Georgia. But there are consequences regarding negotiation European projects.

I reckon that main problems are conflict region in Georgia. I will try to say something about EU involvement in these conflicts.

Enpi, as it called was created to provide stabilization and effectively governmental instruments for neighbor countries including Georgia. European neighbor policy try it’s best in my country.

I think that main topic of this project is to prevent conflict situation in those countries. Georgian formal government presented its ideas regarding EAP. This one should provide EU involvement in our conflict region. European union playing and important mediation role  in the Georgian-Ossetia and Georgian- Abkhazian conflicts. Since this period, our government has consistently asked to have European Union more actively involvement in conflicts.

I really appreciate EU support in August crisis, when there was warn between Georgia and Russia. The French president Nikolas Sarkozy, provide implementation of, Fire stopping’’ agreement for us. He was EU representative in this situation. Unfortunately his idea didn’t implement because of Russian, disguised’’ ideas toward us.

The head of Russia want to be our boss in every aspect of policy. They always rejected our EU-Integration.  Russia tell us “when you try to became party of EU. You also became my serious enemy’’ Why its government need so unfair ideas regarding Georgia? Are they going to build big <Empire> including formal Soviet countries? Know body knows what should be making to prevent such a Draft idea.

In recent years, the south Caucasus has became, important for the EU. In an official resolution in 2010, the European parliament emphasizes strategic geopolitical location of the South Caucasus region and its importance corridor for central Asia.

This was one of reasons why EaP projects implemented. The idea of this one was supported by Sweden and Poland on May 26 2008. In 2009 EU member states and its six eastern partner countries officially joined in Eastern partnership. The EaP joint declaration states, which mentioned main aims of this project:

A) The importance of low

Mention should be made; That Eastern partnership is very serious challenge for us, which suppose free deep and compressive trade zone. That means, that our production will be imported in EU countries without impede. Another main aim of EaP is to prevent illegal movement of people from Georgia. This one is called visa liberalization, which has been implemented since 1 may 2011. Georgian citizens are able to get visa in 60 Euros, but it is free of charge for students, researchers, journalists and etc.

According to point of my view Eastern partnership is very attractive challenges. There are many educative projects, which has successfully processing since 2010. We participated projects, which EU-Commission provide for neighbor countries included Georgia. Frankly speaking before present year, there were serious problems regarding scholarships for students and researchers. Now I can say without any hesitation that new projects ERASMUS FOR ALL has just lunched. Georgia as Eastern partnership country will take place in this higher educational project.

As you can see, Georgia has really democracy potential to be very successful country in EU neighbor. This mean that we really want development, Georgia tries its best to be main countries in south Caucasus. According last presidential and parliamentary election, my country was assisted as republic which effectively implementing democracy reforms. Despite of our achievement we still have serious problems with Russia occupation. As I have already defined our north neighbor still provide our occupation with illegal steps.

I am sure that new generation does its best to stop occupation of our territory.  We will use every step which can’t be harmful for us.

2) Kakha Gogolashvili and Eka Akobia, European Union and Georgia: Current issues and prospects  for  the future(Tbilisi, Georgian Foundation for strategic and international  studies, 2009), 12-96. 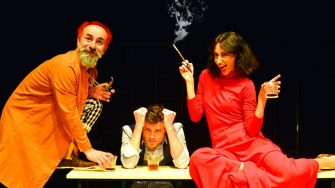 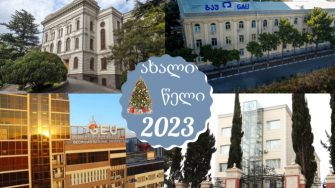 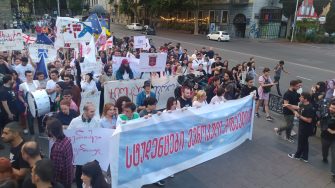 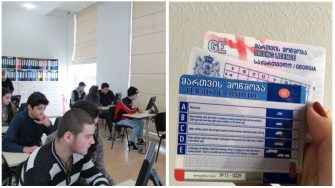 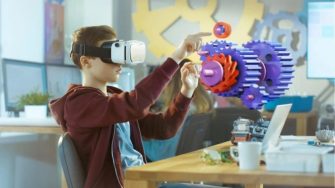 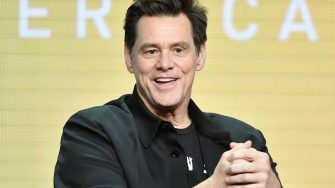 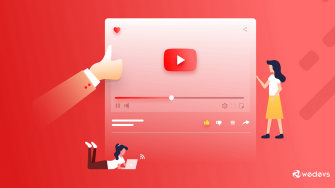